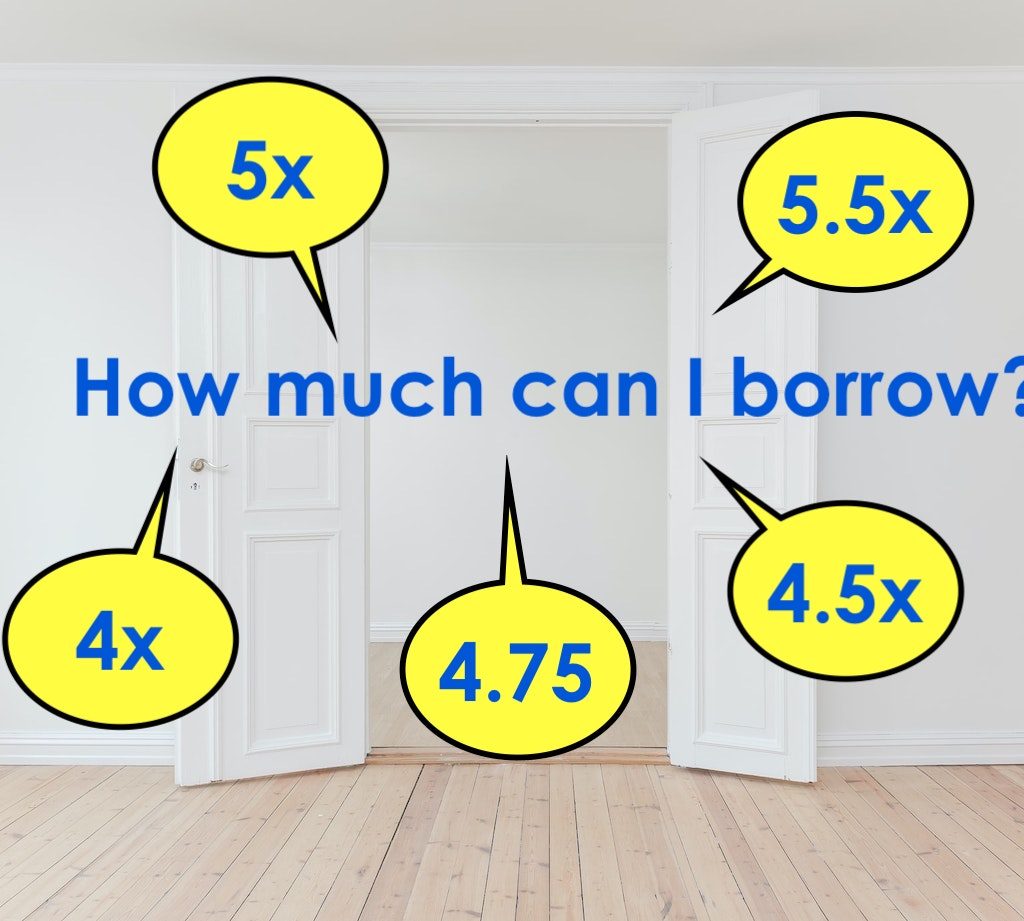 For todays’ “How” on Google, we will shed light on what affects the amount you can borrow on a mortgage.

Most Common “How” Google questions on Mortgages answered.

In this new series we try to answer the most common questions on mortgages Googled by the public.

The idea of these posts are to provide non-finance experts with guidelines, so they can make informed decisions regarding property finance.

Series A: “How” questions.

Question 3 : how many multiples of income can I get for a mortgage?

In the old days of less regulation, it was a simple calculation based on income multiples that lenders used to decide how much to lend to a particular customer. Fixed and committed outgoings were not strictly factored in to income multiples. There was even, what was called self certified mortgages, where applicants were allowed to declare their own income in-return for a larger deposit.

After the market crash at the end of the last decade, the financial regulators instigated stronger checks on affordability for mortgage lending. Fall in property prices and jobs left many homeowners unable to pay their mortgage, leading to increased repossessions, while making some owners mortgage prisoners due to negative equity and inability to remortgage.

To prevent such issues lenders are requested to strictly check affordability levels for all residential mortgage and somewhat for buy to let mortgages (although part is sustained by the rent) these days.

So how much can you borrow. Lenders use numerous criteria to assess affordability. It is still roughly based on income multiples. Lenders won’t admit it, but there is a ceiling. For example, you won’t be able to borrow 10x income irrespective of how much you earn. However, the calculation is more nuanced and multiples are graduated. So it is not easy to establish until a decision is obtained. Lender will also tweak this based on market conditions.

If you fulfil all the requirement you get the highest multiple. If not, it’s reduced.

Nine factors that will determine your loan amount.

If you like our posts and find them useful why not join our twitter so you will not miss any future post and mortgage related news. Join us at @axess_fs

If you wish to know more, call us for a free discussion.

Income multiples up to 5x

Made with ❤ with Elementor​